What did we do?

This audit was based on the framework for Joint Targeted Area Inspections (JTAI) on the subject area of child sexual abuse in the family environment. The audit aimed to consider practice in this area and to ensure that the necessary processes are in place for agencies to gather the information required in order to undertake the audits should a JTAI take place. The audit was undertaken in Cambridgeshire only.

Eight cases were selected for audit which included those children subject to, or at risk of child sexual abuse and those children who had displayed sexually harmful behaviour, with a focus on the last six months of practice. The following agencies were involved in the exercise:

What did we find out?

Partner agencies are familiar with the JTAI audit process having taken part in at least one mock exercise previously. Almost all agencies were able to return their completed audits and chronologies by the deadline date. The findings of this audit were entirely based on the information that the agencies submitted in their audit returns. It must be noted that children’s social care is the only agency who has a team of auditors, all of the other agencies used practitioners or managers to audit. This results in a disparity in the quality of auditing.

Six referrals fell within the six month timescale that was being considered. Of these, four were received from the following agencies; Hospital midwifery services, CAMHS and two from school. In three of the four cases, the referrals were considered by the multi agency audit group to be ‘timely for the child’. In both of these cases, appropriate action was demonstrated by Children’s Social Care and the Police in response to the referral, which included the child.

The fourth referral could not be considered as timely for the child. However, this was through no fault of agencies. There was a two month delay between the child making a disclosure to her mother, and mother disclosing this information to CAMHS. On receipt, CAMHS did refer to Children’s Social Care in a timely manner and the action undertaken by Children’s Social Care was felt to have been appropriate and proportionate.

Identification of risk, assessment and planning:

On the whole, it was agreed by the multi agency auditors that this was an area which requires some improvement. In two of the cases considered, the audit activity had prompted escalation of concerns, additionally, another case showed an internal review having been undertaken in June 2018 due to a lack of progress being made.

There was some evidence of good assessment of risk and vulnerability. Two cases demonstrated consideration of the risk posed by the young person, as well as the risk they might be subject to themselves.

The audit team found it difficult to determine what specific support was being offered to the cases in relation to child sexual abuse or harmful sexual behaviour. None of the young people were, at the time of the audit, receiving such specialist support, beyond the counselling being offered to one female by her school. None of the young people who had displayed harmful sexual were working with the SBS service under YOS, although four of the cases had previously.

Voice of the child:

There were some good examples noted of where the child’s voice had been heard. In one case, the CSC audit stated ‘the child’s voice is evidenced and her perspective is understood and influences planning’. The education audit corroborated this within their audit.

In another case, there was evidence of a good understanding and analysis of the child’s behaviour by CSC and education, although the words of the child themselves were limited.

CPFT demonstrated a good understanding of a young person’s behaviour in two of the cases and had responded appropriately in making continued offers for additional support for one of these.

A further case where the young person did not speak English as a first language demonstrated appropriate use of interpreters and efforts to communicate with the young person in a way that they would be able to access and understand.

Overall, whilst there appeared to be a good understanding of what might be the best outcomes for the individual cases, there was limited evidence of clear recording of each child’s own words.

Voice of the parent/carer:

Five cases demonstrated good engagement with parents by at least some of the agencies involved, including their views in planning and ensuring their attendance at key meetings.

There was a particularly good example of involvement of the child’s wider family demonstrated by NPS, where cousins and aunties/uncles were involved in safety planning for all of the children who were part of the family network.

There was a good example noted during one young person’s admission in hospital, of continuous communication between CSC, CPFT and the hospital, whilst an appropriate placement was sought.

The education auditor raised another good example of partnership working at the point of disclosure by a child. The opinion of the multi agency audit group was that the response by the Police, CSC and education was timely and proportionate, as well as allowing for ‘respectful professional challenge’ and facilitated good communication between CSC and Education going forwards.

However, some less positive examples were also noted. For one case it was felt by the multi agency audit group that there had been a ‘lack of effective inter-agency working’ and an inability to track any progress being made.

There were four cases (50% of the audit sample) where it was noted during the audit feedback day, that there was information held by one agency that had not been passed on to another, which may have assisted in the assessment of risks and needs associated with those individual children.

In addition to the case specific findings of the audit exercise, the following themes were drawn out as a result of the audit feedback day:

What are we going to do now? 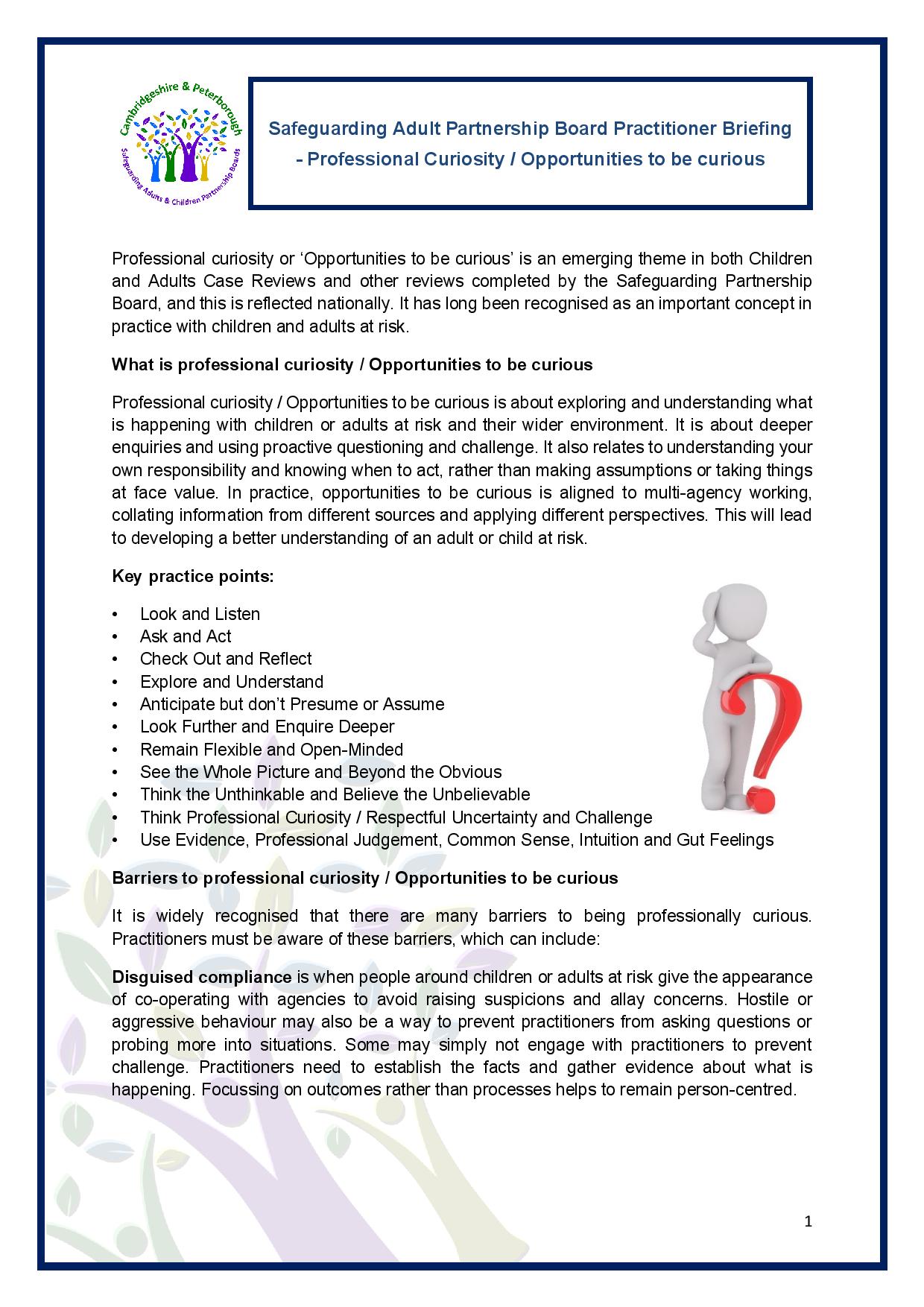 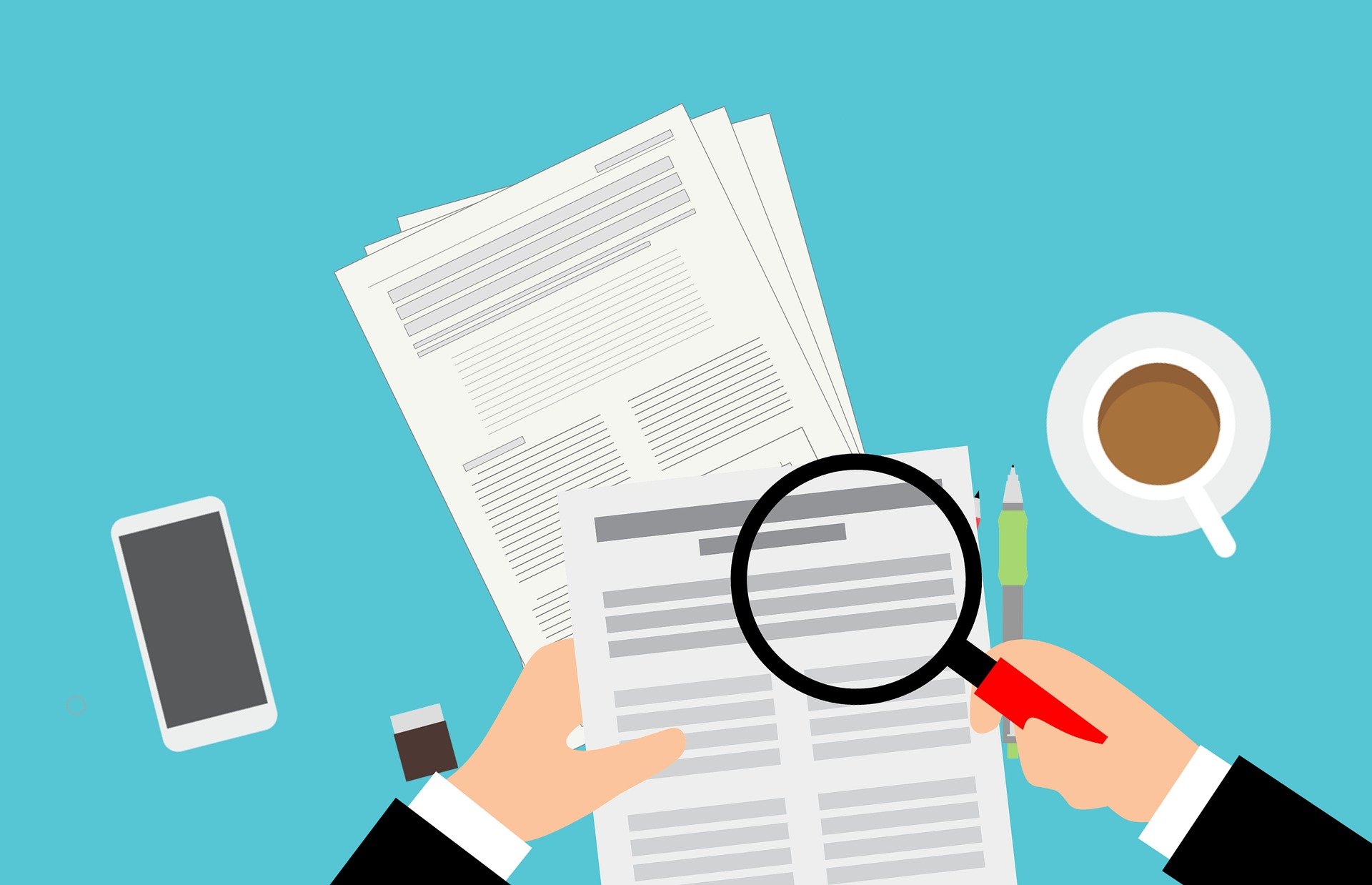 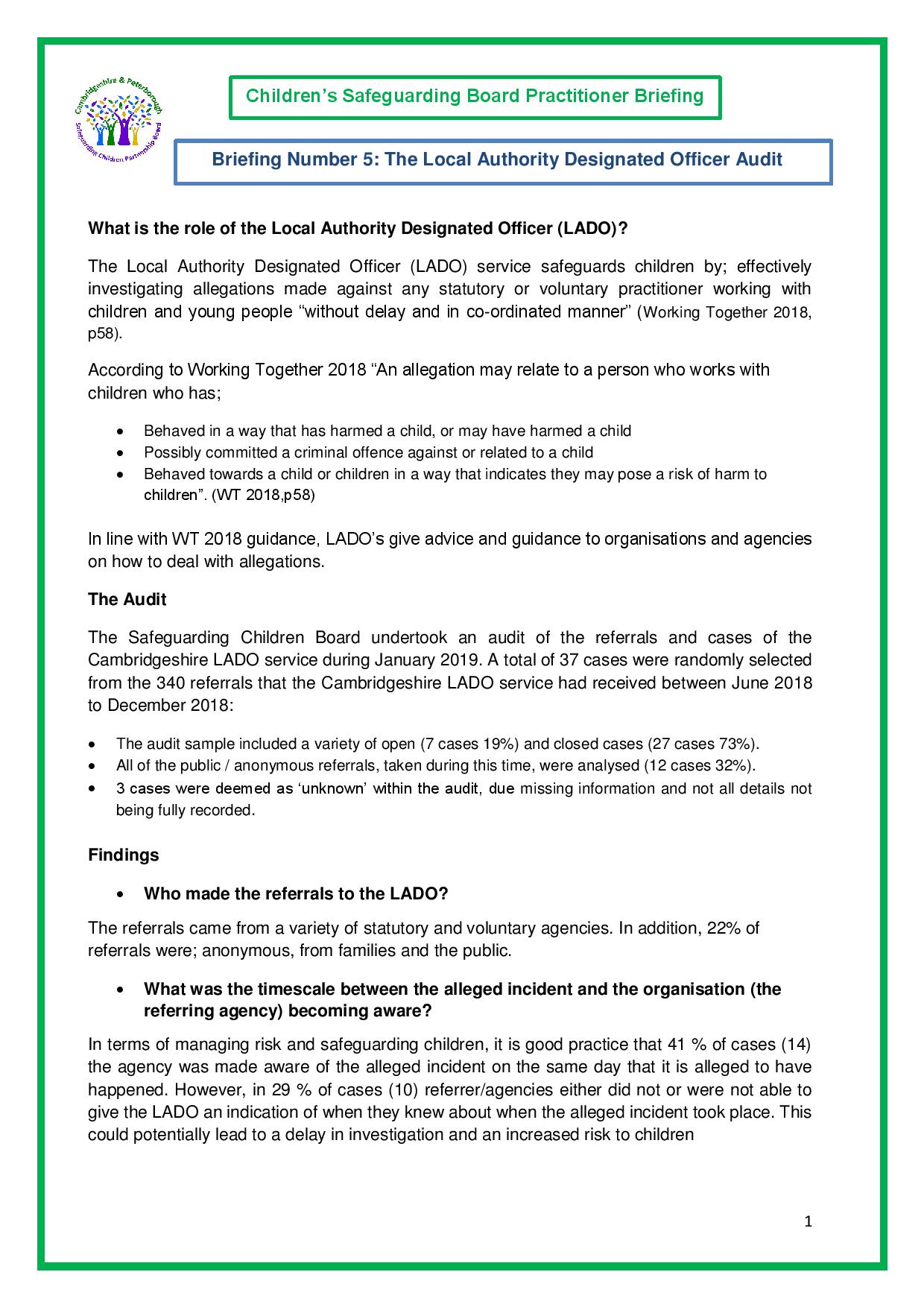 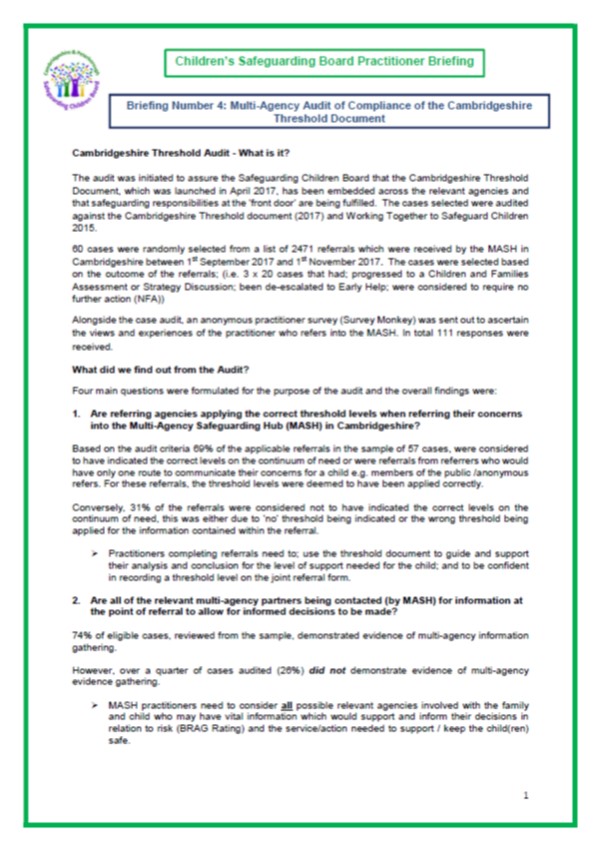 Multi-Agency Audit of Compliance of the Cambridgeshire Threshold Document Briefing

Cambridgeshire Threshold Audit - What is it? The audit was initiated to assure the Safeguarding Children Board that the Cambridgeshire…