This Safeguarding Adults Review (SAR) considered the serious failures in care in relation to older people within a residential and nursing home, and explored how a sub-culture of cruelty and disrespect arose that led to the prosecution of 5individual members of staff and the dismissal of another two. The review focused on an on-going pattern of verbal abuse and psychological cruelty that either went unnoticed, and/or was allowed to continue unchecked throughout 2013.

This review also considered another significant safeguarding concern in relation to perceived failures in obtaining timely medical care for a specific resident of the same home who died in March 2013. This particular case demonstrated how the home failed to have adequate care plans in place, and it provided further evidence of the extreme vulnerability of the residents, some of whom had very complex needs or who were particularly challenging, at the time of the abuse.

As the independent author said “poor care does not arise in a vacuum. It grows where staff are under pressure and do not have the appropriate knowledge or skills, and where there are home managers who don’t deal with this properly, or are not supported to do so. Serious bullying undermines the judgement of colleagues and cuts across appropriate accountability and supervision”.

During 2013 there were a number of difficulties in providing clinical care to the very vulnerable adults living in the home and this was exacerbated by the fact that a small group of staff, including one particular member who showed a level of gender based bullying, had formed a clique, acting without respect for clients, taunting them and handling them without using proper equipment or care. This sustained cruelty crossed a line of decency and humanity.

There had been earlier incidents concerning some of the same staff which should have been recognised and dealt with under more rigorous disciplinary procedures.

Some of the victims lacked capacity and therefore came within the purview of the 2005 Mental Capacity Act, and specifically of Section 44 that made it an offence for a person to mistreat, or to wilfully neglect, a person who lacks capacity in their care.

The allegations were investigated internally and under the guidance of the Adult Social Care’s safeguarding procedures and a criminal investigation which resulted in charges brought under Section 44 of the 2005 Mental Capacity Act. Seven members of staff were dismissed on the grounds that they had been guilty of gross misconduct. All seven were referred to the Disclosure and Barring Service (DBS) and should not be able to work in this sector again. Five of the seven were prosecuted, four were convicted and custodial sentences were given.

The full executive summary of this review can be found at: www.safeguardingpeterborough.org.uk/adults-board/sars/ 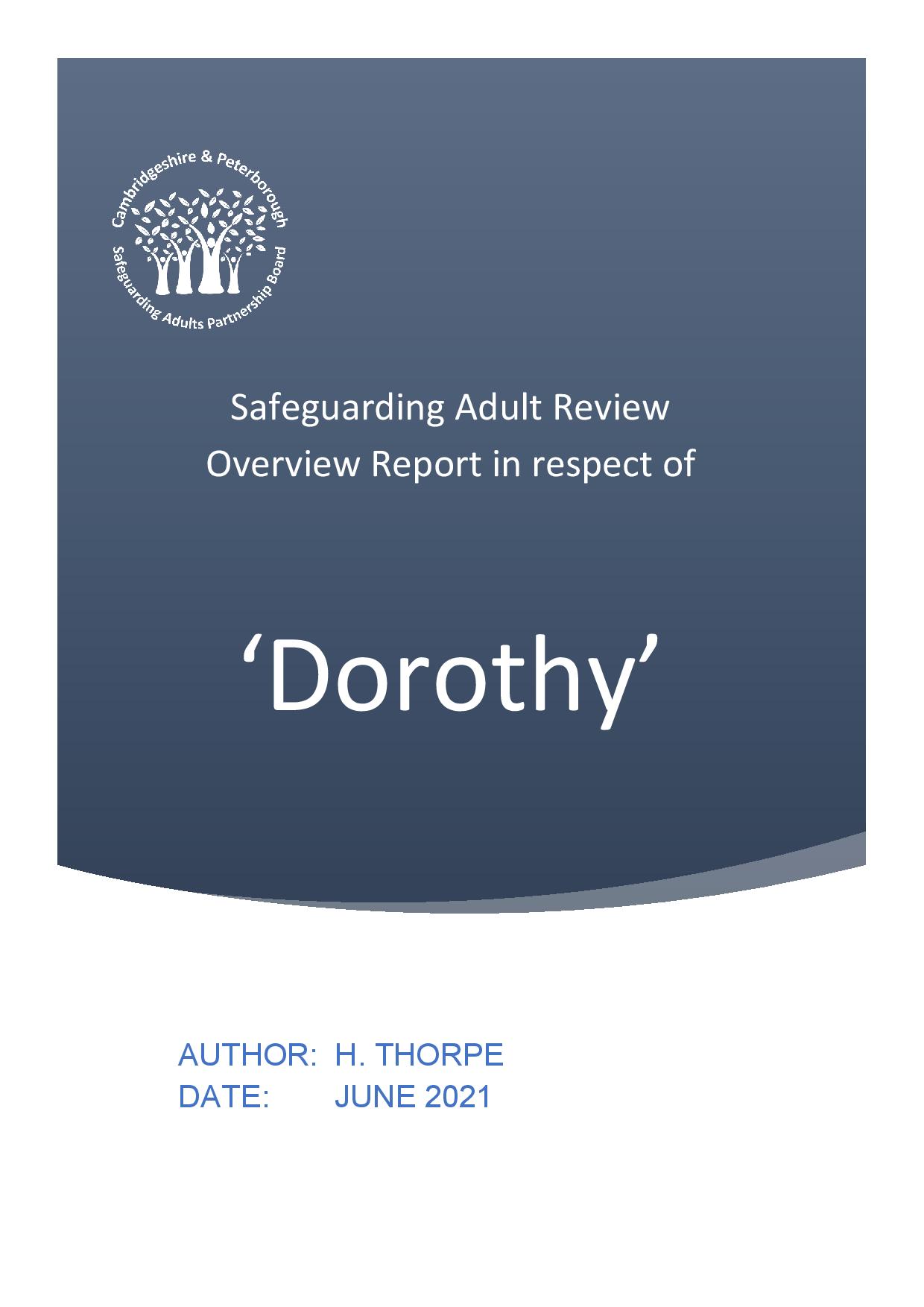 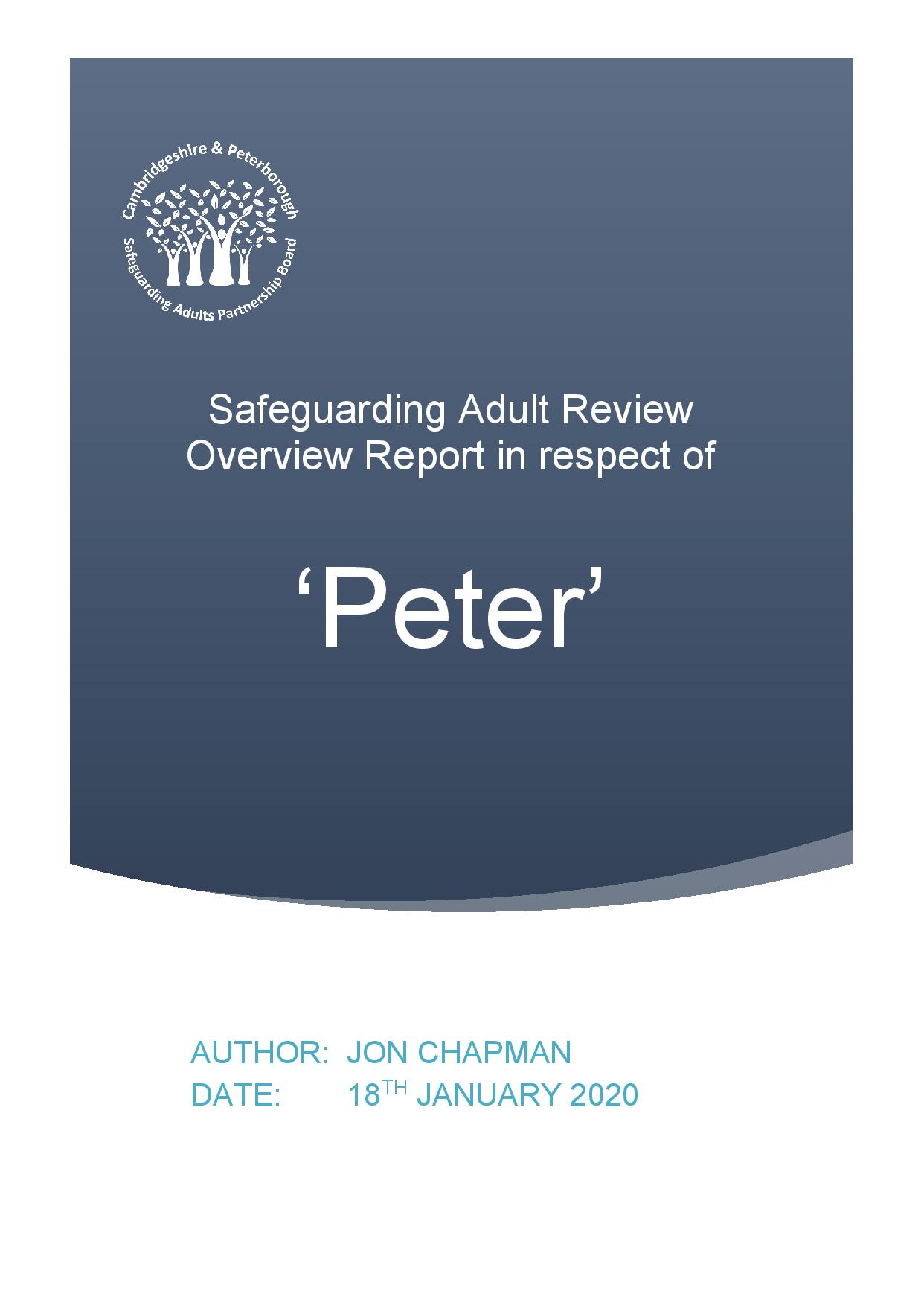 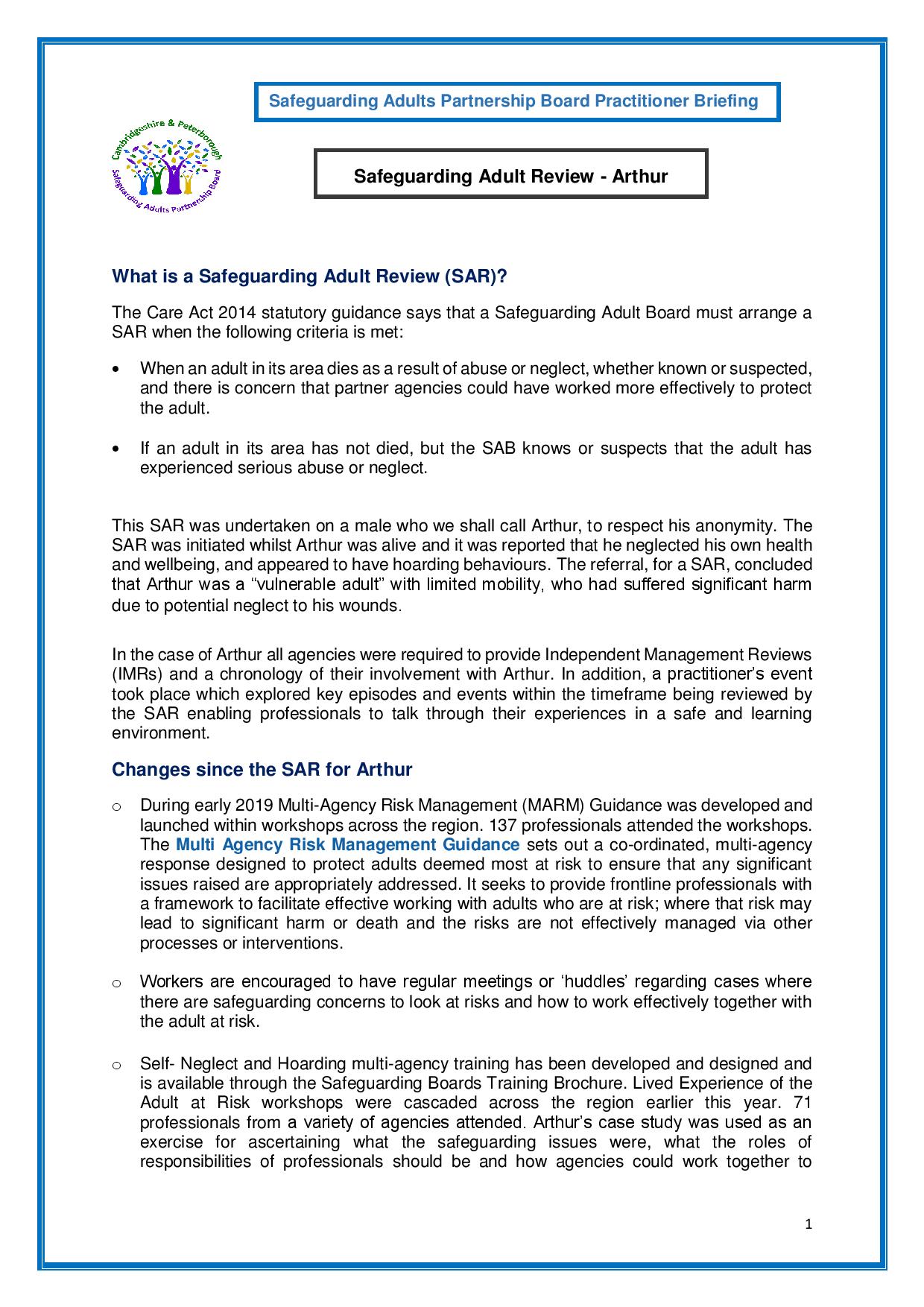 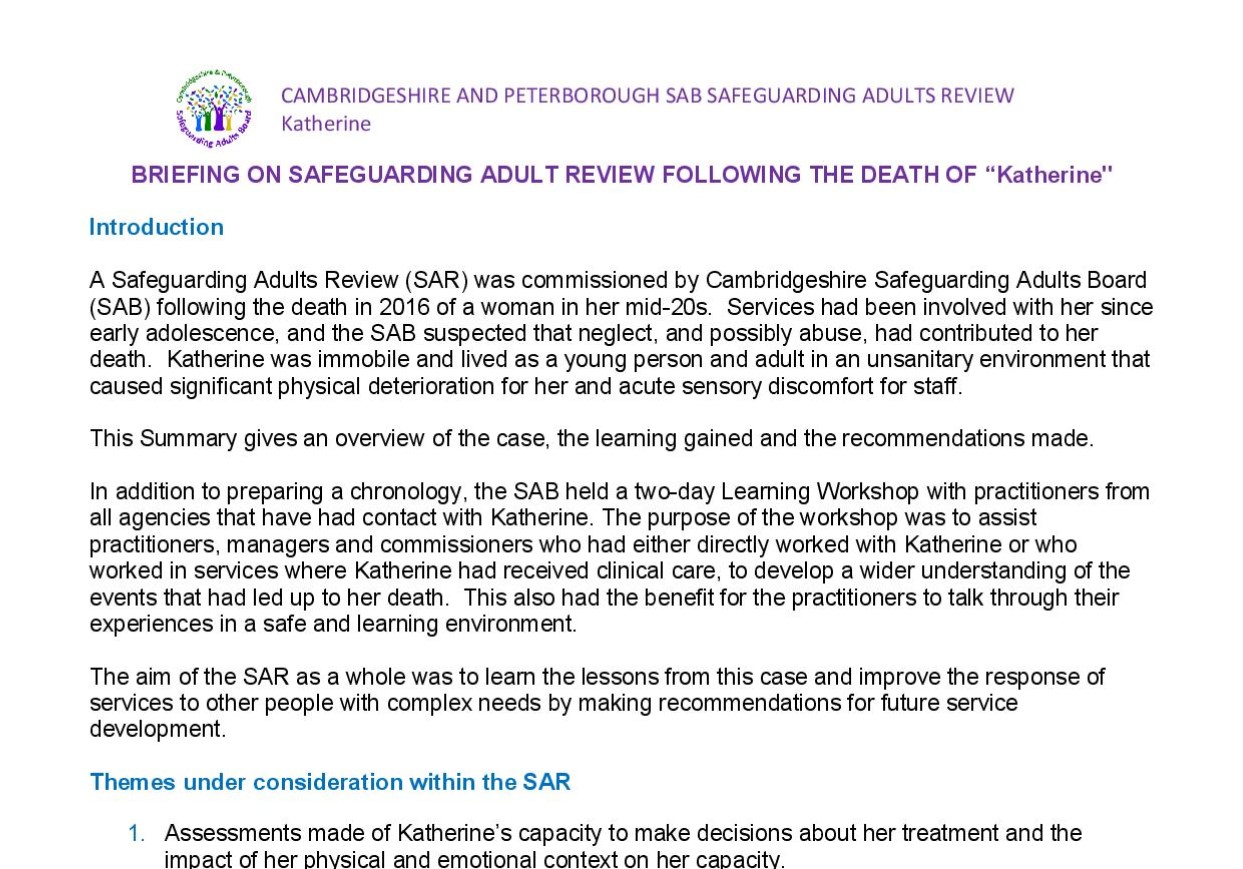